Who was San Gennaro?

San Gennaro (Ianuarius) was born around 272 AD, near Benevento. The events that led to his consecration took place in the 4th century, during the persecution of Christians by Emperor Diocletian. Gennaro was the Bishop of Benevento and paid a visit to the faithful in Pozzuoli. The deacon of the place was arrested along the way by order of persecutor Dragontius and Gennaro went to visit the prisoner, but, having interceded for his release, he was arrested and sentenced to be thrown to the lions. The next day, however, due to the absence of the governor himself, or because the latter realized that the people showed sympathy for the convicted, Gennaro’s punishment was suspended.  However, Dragontius then commanded that Gennaro and his companions to be beheaded and the sentence was executed on September 19, 305 AD.

According to tradition, after Gennaro’s beheading, blood was collected by a pious woman, one Eusebia, who enclosed it inside two ampoules; these became a typical iconographic symbol of San Gennaro.  This blood of San Gennaro melted for the first time when bishop Severus moved the Saint’s remains from Agro Marciano to Naples. The Feast of San Gennaro is celebrated every year on September 19 and, during the day, the blood vials are exposed to the public and the blood contained in them becomes liquid among the prayers of the faithful.

In America, the Feast of San Gennaro is a fair held in September in Little Italy, New York. The heart of the festival is in Mulberry Street, and is characterized by parades, games and the typical sellers of sausages and donuts. The celebration begins with a religious procession that starts from the oldest church in the Italian neighborhood. In addition to NYC, you can now celebrate San Gennaro right here in Garden City Park, Sansone-Style! 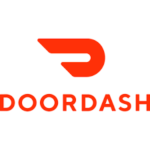 A special after hours class for you and a loved on

Stop by our Cafe for an espresso, cappuccino, foca

Valentine’s Day is around the corner….what are

Find all the ingredients for your favorite Italian

Our January Customer of the Month, Salvatore Imper

Check out our Valentine’s Charcuterie and Wine P

Our sandwiches come in 1 to 6 foot part heroes as

Mangia on our focaccia….😋

“We may have all come on different ships, but we